I am on display,

throwing heartbreak on the airwaves,

waiting outside of your house,

humming How Soon Is Now?

Knowing I will never get an answer,

addicted me to his strange love,

then sent me away,

if I remained a human,

but love is my whole life,

survival of the seasick,

lonely but still leaning against your door,

flowers in my hair,

and on my wrists,

by the pain of endless waiting.

now knocks on the door,

and takes me out to dinner.

I guess I never learned to paint my nails properly,

I can’t quite keep between the lines,

but you don’t seem to mind.

You tell me they look nice,

is all the convincing I need,

in the vague direction of my nails,

with half gay abandon,

(In case you didn’t know, I’m bisexual, and it’s basically the rules that I have to loudly announce it as often as possible).

with only a Morrissey vinyl for company,

waiting for you to call,

though I know you’re busy today,

and I’m setting myself up for a mid evening crash,

where I lay under my covers,

(which isn’t nearly as dramatic when you are the only person who’ll notice if YOU don’t get up and make dinner for yourself),

and cry myself to sleep,

(and I suppose, Morrissey, although, I am TRYING not to give into him at this point)

I need attention to live,

One can’t exactly go to waste in the wrong arms,

if no arms come to call.

I’m sorry to be so obvious,

but my loneliness is life and death.

That’s how we almost lost Britney,

and you wouldn’t want that end for me,

My nails still look a mess,

because I feel guilty even letting him,

and what he became into the house,

so I’m going to the park,

to cry under the stars,

for a change of scenery. 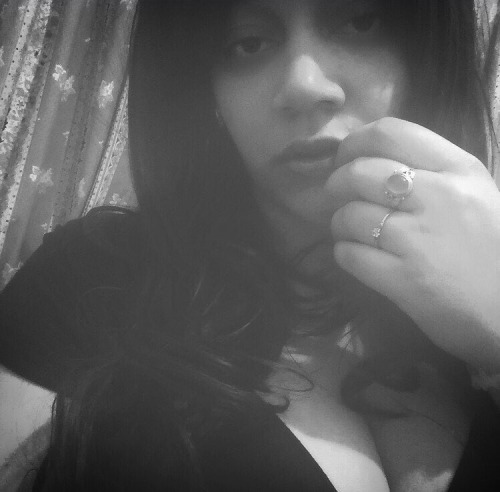 When I was seventeen, I decided to go to university. I had considered, and dismissed it before, but at seventeen, an English teacher remarked of his hopes for me to continue my studies at university, and I decided “why the fuck not?”

So, off to university I went. I decided to do a course in creative writing, and was excited at the prospect of meeting people like myself, and I did. I met a lot of wonderful people, but I also met quite a few people that I’m going to discuss further.

Before university, my writing was isolated. I occasionally shared it in english classes, when pushed into it, but it never went further than that. I had never really met other writers before, but they always seemed nice in books and movies, and so I wasn’t too concerned.

In one of my first classes, there was stifled laughter from one corner when a student stated that Twilight was her favourite book. Now, I’ve never read Twilight, and I probably won’t, but this moment highlighted a big issue in the writing community for me.

There is a startling problem with elitism among students in writing classes (and writing in general). I’m not sure why I was so surprised to discover it, in hindsight, because it’s incredibly visible. Of course, all writing is subjective, and there would be no point in writing continuing if we all read and enjoyed the same content, and with that in mind, why should someone be laughed at for enjoying Twilight? A student inspired by Twilight is still capable of writing to the same level of somebody who has been raised on a diet of Keats and Wilde, and it’s unfortunate that people still think otherwise.

Every writer has limitless potential, and the way they discovered their passion for writing is valuable, regardless of who pointed them in that direction. There is no reason a person should be written off immediately, due to their creative influences, because it potentially throws away future best sellers, books that will change lives and open minds. Drowning out a potential writer’s voice with obnoxious laughter at their influences only isolates writing further as a medium, and continues to present the stereotype that writing is for a small section of the population, and that no other voices are worthy, which is hardly the image writing needs.

There are expectations, of those who attend creative writing classes, to consume a certain type of writing, and then produce the same, which completely undermines the word “creative” in the title of the class. No writer has the same journey, and your journey being full of Plath and Morrissey vinyls doesn’t make you more intelligent, or more entitled to be in a writing class, because a learning environment should be for anyone who found their way there, and wants to learn more.

If a person has something to express, and decides writing is the best medium for them, they should be encouraged, and not mocked, because their influences don’t match up to your own expectations. The content of their inspiration isn’t important, the existence of the inspiration itself is the key factor that earned them a place in class, and you don’t get to tell them otherwise. It doesn’t matter where it comes from, passion is the only prerequisite to advancing their writing journey.

I’m now twenty three, and while I have understood this for a while, I am aware a lot of people still struggle with the concept. The truth is, it doesn’t make you a better writer if you laugh at somebody who read and was inspired by Twilight. It just makes you rude.

Title: Ella At The End Of The World

Check Back Soon For Further Announcements